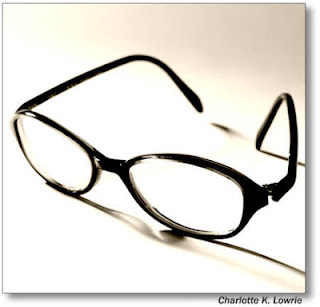 The recent killing of four Americans, including the U. S. Libyan Ambassador, Chris Stevens, in Benghazi may seem like just one of many headlines coming out of the Middle East, an area that seems to be in perpetual unrest. But as Christians watching for the return of our Lord Jesus Christ, this incident and the subsequent protests must be examined from a prophetic point of view. The question is whether the killings and protests are part of ongoing unrest in the region, or are they part of the fulfillment of end times Biblical prophecies?

If we evaluate the incidents by following the popular press and government officials, then the protests seem to be an escalation of existing unrest provoked by an anti-Islam film trailer posted on the Internet. An American reporter asked a Libyan protester why they were protesting. The impassioned protester replied that the U.S. government should have immediately censored the anti-Islamic film. Whether the film triggered the protests or served as a convenient excuse to attack the American embassy in Libya and kill Americans may never be known. What is certain is that a contingent of protesters was armed with sophisticated weapons that were not available to the average street-level Libyan protester. Some believe the embassy attack was premeditated, with well-positioned assassins seizing what was for their purposes a perfect moment.

But as I mediated, the Lord made it clear that these protests have nothing to do with political systems and democratic freedoms. Rather, the protests have everything to do with the ageless battle between good and evil--a battle that is being fought on earth as well as in the unseen realms. The Lord was clear that these protests are a sign of the times--the end times. And protests, violence, and unrest will increase and become more widespread. All are part of the fulfillment of end times prophecies and must happen before the Lord returns.

The Lord cautioned, "Watch and be ready for My coming, for it is near." Knowing that these and other events point to the nearness of the Lord's return, what are our tasks--what part do we play during these times.

First it is important that we listen only to His voice and His word and not be deceived by what we hear from the media, politicians, and governments. As believers, we are to fight for what is right and good on all levels of our lives and in our spheres of influence.

The Lord cautions, "There are not many days remaining. Do My work while there is time. Look neither left or right, but stay on the path of righteousness. Be My witness where you are and beyond. Tell others before it is too late. I will help you. Be not afraid. Spread the Gospel as I commanded. Live according to My commands. Do not be afraid for I am with you."

Important Note: As the tensions in the Middle East continue, pray for the safety of our brothers and sisters in Christ who often take the brunt of the hostilities. Both homes and churches have been burned. Some who were evacuated from their homes to safe houses cannot return to their homes because the landlords do not want Christians living in their properties. One way to help persecuted Christians is by supporting the Voice of Martyrs, an organization that provides safe houses and other support for Christians who are persecuted around the world.

Posted by Charlotte at 7:20 PM