Ask and You Will Receive. Really. 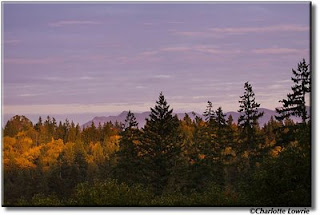 I want to share a recent experience with the Lord. But first, I need to give you some background so that you’ll understand the story.

I have a morning routine that almost never changes. Here is how the routine goes:

Recently, during our morning conversation (and before praying to the Father), I told the Lord that I was gaining too much weight, and asked if He could schedule in time to start working out again on a consistent basis. He said He could. We continued talking about going somewhere to do some photography that day.

Then He asked, “Why don’t you go clear the snow off the deck?”

“Now?” I asked thinking that we were going out to do some photography.

I thought that the timing was odd because it was before the prayer, and we had just talked about going out shooting. I was puzzled, but I got busy and started clearing snow off the deck.

For the next two hours I worked on the deck. The sun was shinning with a soft golden glow that makes all the trees an amazing shade of green. The sky had watercolor shades of Northwest blues and slate-grays, and there were enormous, complex, and stunning cloud formations all strolling from west to east where they eventually stack up on top of the Cascade Mountains. It was just too beautiful for words. And it certainly made walking back and forth across the deck over and over pushing snow seem a lot less like work.

I came back inside and was drying my shoes and socks with the hairdryer when the Lord commented that the job didn’t take very long.

“It was quite a workout,” I responded.

“Isn’t that what you asked me to do?” He asked. 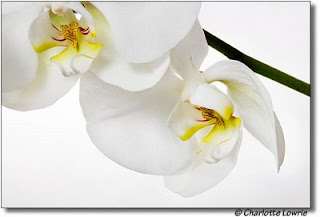 All I could do was laugh.

And, as He pointed out, “It was two days-worth of workouts.”

So then I prayed. Then I went to the store and bought some orchids.

Then I did that shooting that we had discussed.

And, sure enough, there was time for everything.

Posted by Charlotte at 6:19 PM